8 Things You Need to Set Up Your Home Recording Studio

“We live in a time where anyone can release their own music online,” says Jon Foster, a Toronto-based composer, producer and drummer who, alongside his writing partner Steve Poloni independently recorded and released the soundtrack for the short film, “Camista,” in October of last year. While sites like Soundcloud and YouTube let users upload their finished songs, access to affordable recording equipment has made it easier for people to create their own tracks as well, further democratizing the DIY movement that has made stars out of everyone from Juice WRLD to Justin Bieber. Once accessible to only those with money to burn on a pricey studio or with access to a large space, recording and mixing a decent track is now as simple as acquiring a few key pieces of equipment, and finding a couple extra inches of table space.

“Professional quality studio equipment is now so compact, it can fit on your desk or kitchen table,” says Foster. “As long as you have space for a desk and a chair, you’re basically ready to set up the foundation of your home studio.”

For Bryce Avary, lead singer of The Rocket Summer, having a home studio is all about flexibility, and having the freedom to create on your own schedule. “I’m constantly writing and making music and I like to see where the music leads me as it’s happening, follow it, and then capture it right in the moment,” he says, citing his last album, “Zoetic,” which he recorded in a tiny room of a house at the bottom of Laurel Canyon in Los Angeles.

For Avary, who recently converted a friend’s backhouse into a recording space for his next album, “Having my own studio allows for spontaneity and much more experimentation, rather than coming up with ideas beforehand and then banging them out in a big-time pro studio, all whilst hearing the expensive tick-tock of the clock.”

Foster agrees, saying that setting up a recording space at home is decidedly more affordable than booking a studio, which can often run up to thousands of dollars an hour. “It’s more cost efficient for artists working on a smaller budget,” he says. “Not everyone can afford to have a studio booked for months at a time to accommodate their spontaneous creativity.”

Whether you’re just getting started with music or looking for a cheaper alternative to booking studio time, here are eight things you need to set up a fully functioning, professional recording studio from the comforts of your own home.

“Most of the best songs we’ve ever heard were written in bedrooms or hotel rooms,” Avary offers. “Modern technology now makes easier than ever to capture those brutally honest moments in the actual moment they were born.”

Foster says he likes Logic Pro X thanks to its “user-friendly interface,” and its more than 2800 instrument and effect patches and 7000 Apple Loops, which are a great way to get started on a track.

For a cheaper alternative, the singer says other great one to two-channel mic interfaces with preamps include the Focusrite Scarlet Solo interface and the popular PreSonus AudioBox interface. 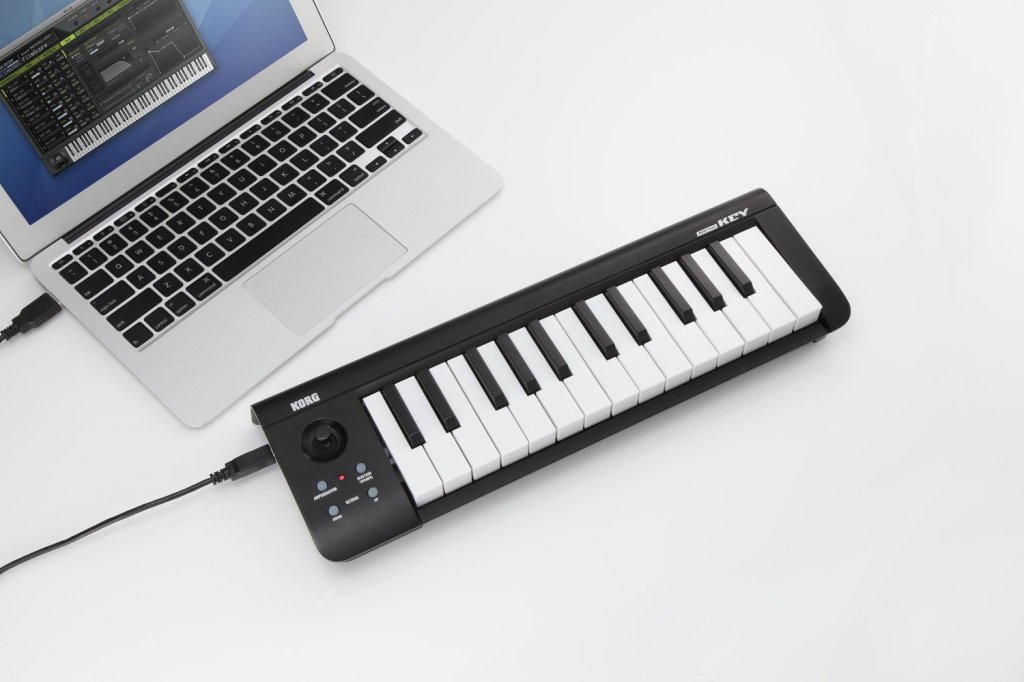 Avary says using a Midi keyboard “opens up a galaxy of sonic possibilities,” essentially letting you soundtrack an entire song using sample libraries and VST (Virtual Studio Technology) instruments. Still, as someone who plays all his own instruments on his songs, Avary encourages musicians to tread lightly on the MIDI train. “I’m a pretty firm believer in the importance of quality musicianship, so I think it’s imperative to try and hone in on becoming great at one or more actual instruments as opposed to swimming in a sea of options that require more of an IT prowess than a musical one,” he says.

Once you get the monitors you want, make sure you grab a pair of Balanced 1/4” TRS cables to connect your speakers to your audio interface.

Avary recommends the Shure SM7B as a safe bet for people wanting to make great recordings on a budget, thanks to its easy set-up and ability to be used on amps, acoustics and a host of other audio sources.

Note: you’ll also need a male-to-female XLR cable to connect your microphone, and a sturdy, adjustable stand for the microphone too.

The thing you truly the need the most: “The willingness to forget all of the rules and just create,” Avary says. “The human aspect of someone cutting a vocal or an acoustic guitar in their bathroom or closet will often outlast something done in a visually fancier place that’s perhaps edited within an inch of its life,” he continues. “At the end of the day, the only thing that matters is the performance, and whether what you’re saying or playing is authentic, believable and honest.”